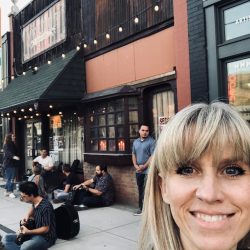 What do the Neon Trees and Imagine Dragons have in common with me?  Well, we have all played at Velour.  Yes, after years of saying I would play at Velour someday, last night I actually did.

Velour is a music venue located in downtown Provo.  Neon Trees credits Velour for launching their career, and like Imagine Dragons, they were past winners of the Velour Battle of the Bands. In fact, the Killers’ Brandon Flowers recorded his ‘Dustland’ music video at Velour just this past year.  If you can’t already tell, Velour is where all the cool kids are.

I knew playing at Velour would be very scary.  That’s why I have driven past it for the past 15 years and never done anything about it. Ever since Velour opened in 2006, I promised myself I would play there someday.  I wasn’t sure how it would happen, but I knew it was something I wanted to do.  After years of not doing anything about it, I decided to add it to my List of 50 Things.  I knew if I had it on my List, I would actually do it.  Although, I did secretly think about not doing 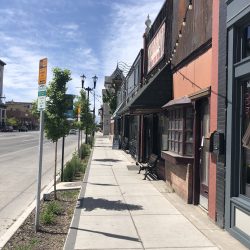 it (thank you, Oz for encouraging me).

Several years ago, a friend asked if I would play in his band.  Their keyboardist was sick with cancer, and they didn’t want to cancel their upcoming gigs.  So, I said “Yes” and spent weeks practicing the music.  Fortunately, it was music that I knew.  However, I needed to practice A LOT.  When we finally played the gigs, I couldn’t enjoy myself because I worried the entire time that I would make a mistake.  Someone took a picture of me playing one night, and I looked like I was in the middle of a complicated surgery—furrowed brow and all.  At least now I can say I played in a band (childhood dream accomplished). 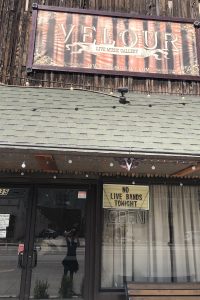 You may be wondering how I got to perform at Velour.  Well, they have what’s called Open Mic Night where people come and perform their own music or covers.  To be able to perform, you just have to pay a $3 entrance fee and sign your name on a list.  Since it’s first come first served, you have to arrive an hour ahead of time (at least) and stand in line on the sidewalk to wait with other hopeful performers.  So last night, I arrived a little after 7 pm and took my place in line.  At 8:30 pm, they let us inside, and we signed our names on the list.  I was lucky #12. The max number of performers they have each Open Mic Night is 18, and each person/group can perform two songs for a total of 10 minutes on stage.

After signing my name on the list, two friends I made (performers waiting outside with me) invited me to sit with them in the “Enchanted Chamber” at the back of the room.   There, I sat down on a comfortable velour couch and proceeded to visit with them until the performances began.  During their conversation, they shared that they both met only a month ago at Velour and had been performing together there ever since.  They gave me great advice on how to place my music on the stand, where to put the mic so people could hear me over the piano, and what kind of an introduction I should give.  Secretina, one of my new friends, assured me everything would be fine.  She also said that there would be one bad thing that would come from playing—I would wish I had played at Velour sooner. 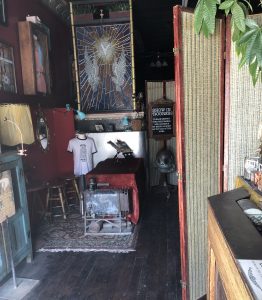 Most of the evening’s performers were really good.  Fortunately for me, the performer who played in the #11 spot just before me was really REALLY awful.  I felt bad for him but secretly happy because I knew I would sound amazing compared to him (I’m an awful person). At nearly 10:30 pm, it was finally my turn to play, and I headed up to the stage.  I grabbed a music stand from the back corner and placed it in front of the house keyboard.  I adjusted the mic in front and placed my original music on the stand.

The rest of the performance was a blur.  I do remember making a mistake on the first song, but the second one went much better.  After I was finished, the audience clapped loudly and yelled.  They made me feel like a rock star, and I couldn’t stop smiling inside. 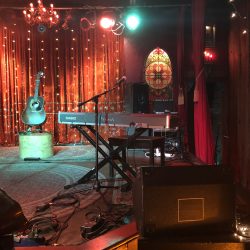 When I finished, I thanked the audience and returned to the couch.  On my way back to the Enchanted Chamber, a kid came up to me and asked if I had any of my music on Spotify.  I told him that I didn’t.  He said he really liked my music.  I think I was in shock after that because I turned away from him and learned later from Secretina that he was still asking me questions when I walked away.  My first fan and I blew it!

Now that I’ve played at Velour, I feel like I can do anything.  I made it out to be so much harder than it actually was.  Why do we always make our fears worse than they really are?  Why don’t we just do something about them? Playing at Velour was so much better than I thought it would be.

Although no record producer signed me to his label (which really could have happened), the audience was great, and I had a good experience.  Before I left Velour, my two new friends said I needed to come back to play my other music.  I smiled and said “Sure.” I don’t know that I will perform again, but if I ever do, I’ll be sure not to let you know about it. 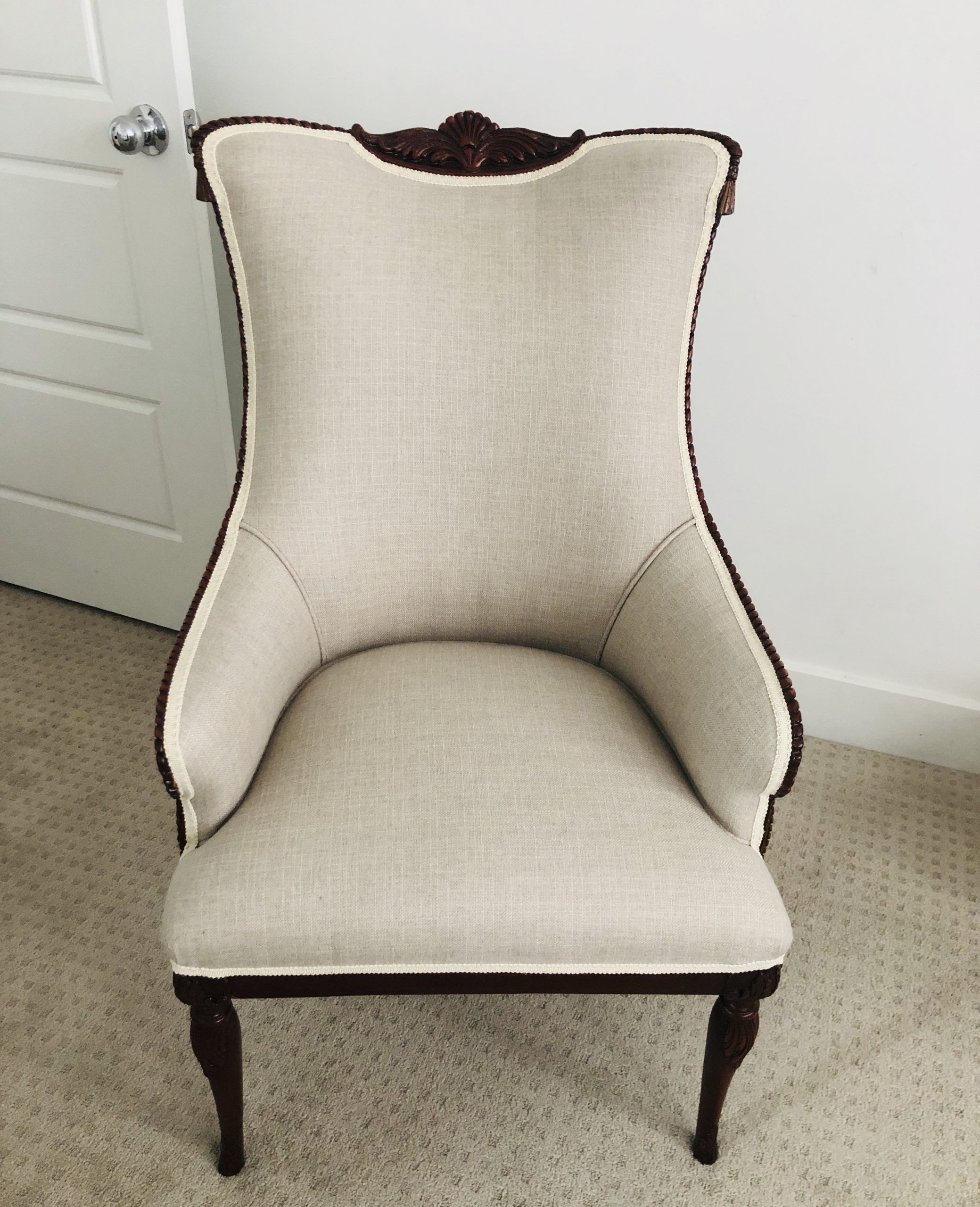 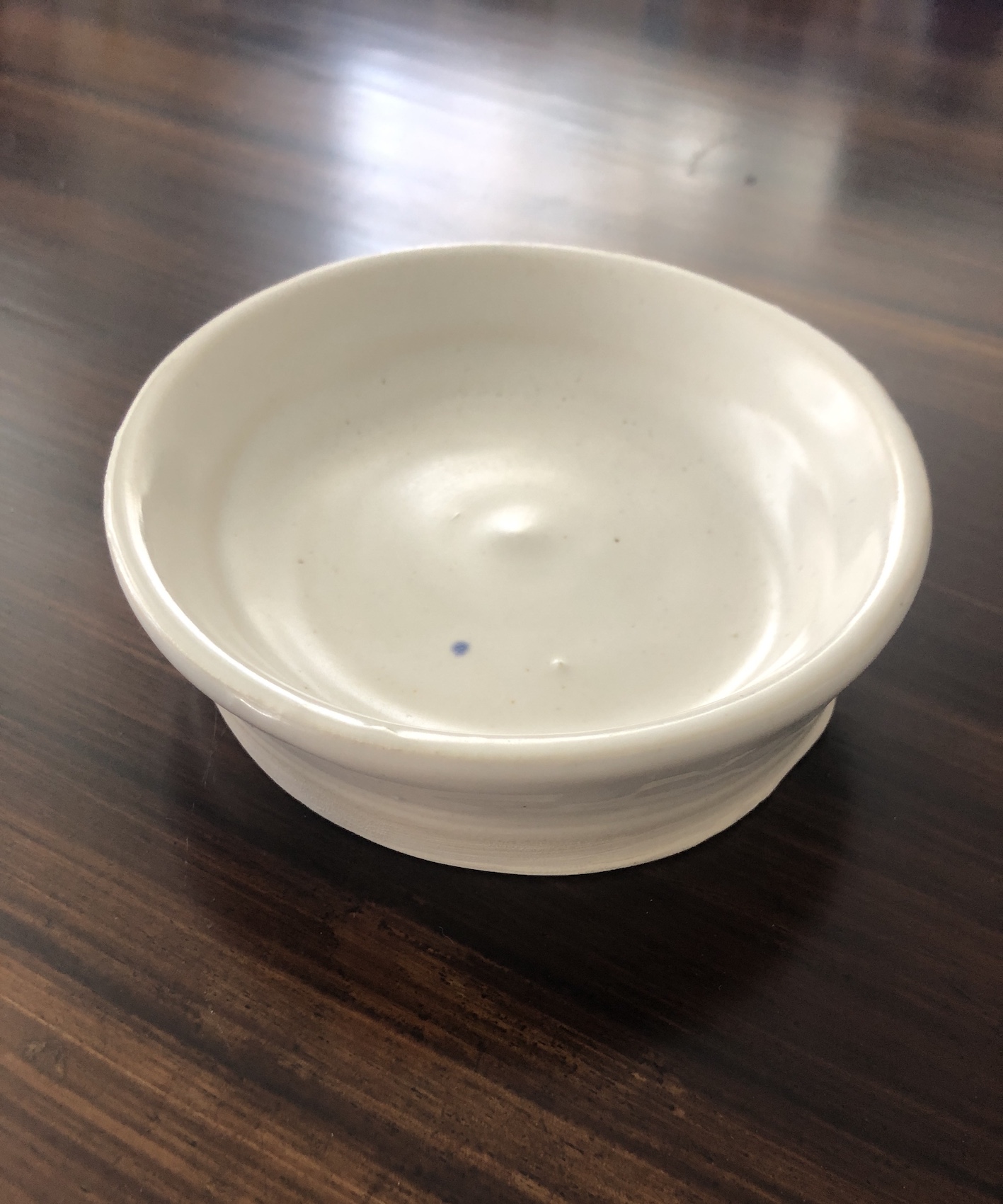 Pottery is harder than you think 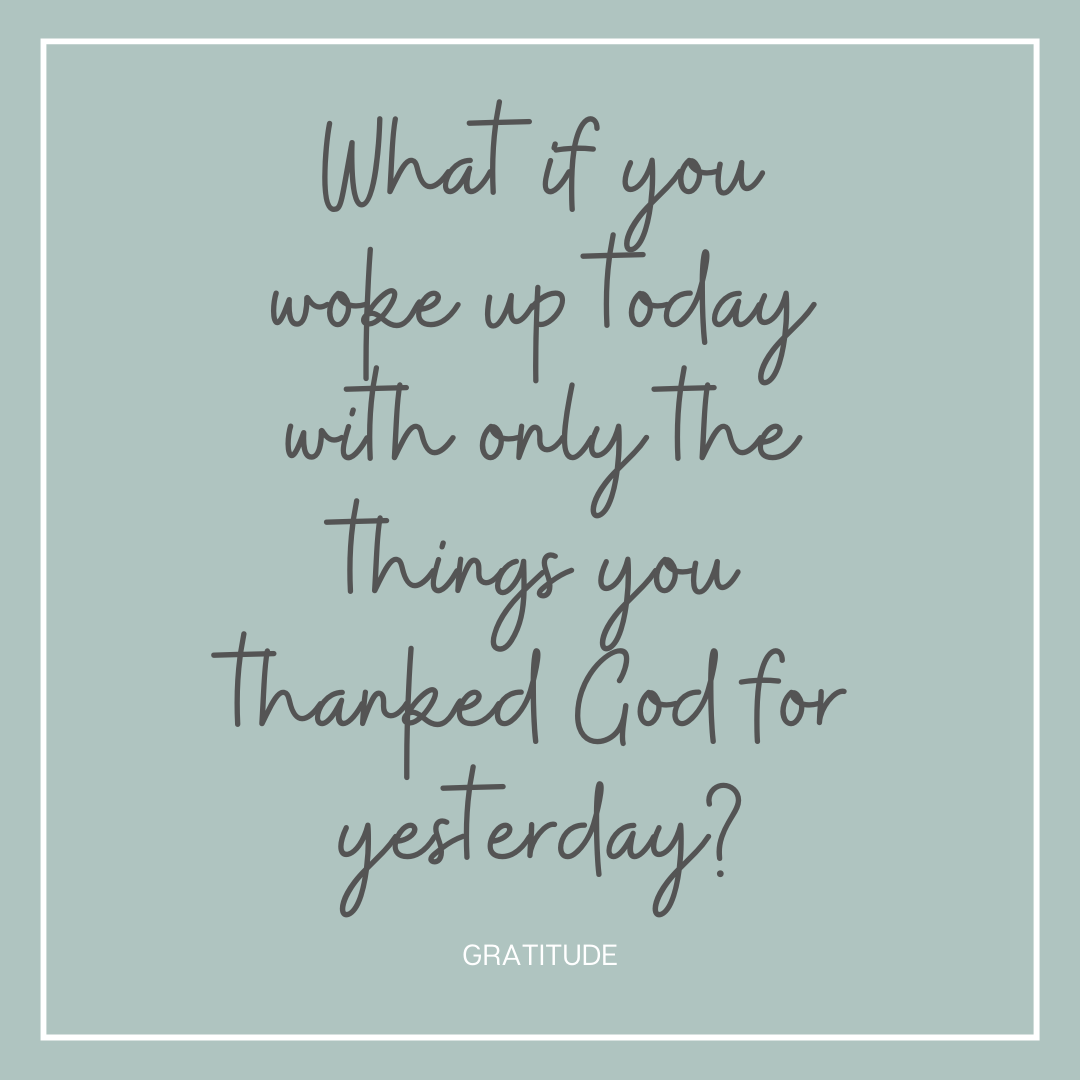 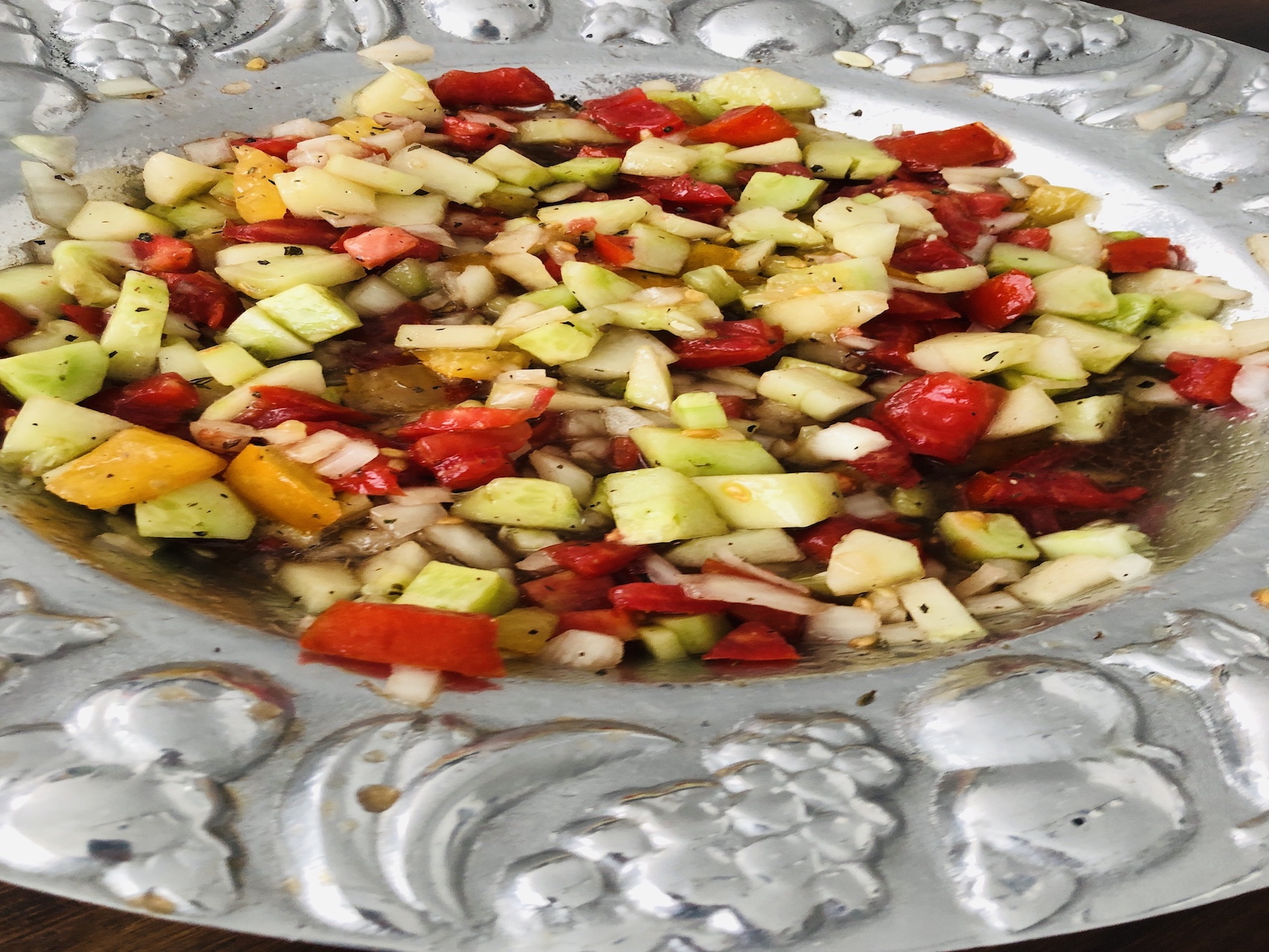